“He got on to the bed, and wrenched open the lattice, bursting, as he pulled at it, into an uncontrollable passion of tears. ‘Come in! Come in!’ he sobbed. ‘Cathy, do come. Oh, do – once more! Oh, my heart’s darling! hear me, this time, Catherine, at last!’”

(from Wuthering Heights, by Emily Bronte)

When I was a kid, I read DC comics, chiefly Superman, Batman, and the Legion of Super-Heroes. (Jimmy Olson and Lois Lane used to have their own comic, too. Simpler times.) I collected voraciously – if my mom, in a fit of pique, hadn’t thrown them all out, claiming they collected dust, I would have bought a condo thirty years earlier. I loved my DC comics, but I was always puzzled by some of the letters to the editor:

“Enjoyed Issue #315, but I have to take issue with you about a few matters. On page 16, column 4, Superman’s insignia color was red on white, not the proper red on yellow. Also, on page 21, where Jimmy is explaining Mr. Mxyzptlk to Perry White, the “y” and “z” of “Mxyzptlk are transposed. What gives?”

I mean, what kind of nerd cared loved something so much that they cared this deeply about inconsequential details?!?

And then I found Agatha Christie.

Finding someone or something to geek out over can be an immensely satisfying but incredibly lonely pastime unless you find a community of fellow geeks. As I have discovered, that appears to be an easier thing to do when you love video games or a sports team than if your obsession of choice is a Golden Age detective story author, even if she happens to be the very best of her kind. God help the man who wants to geek out over John Dickson Carr or Christianna Brand . . . . . . . . . . . . . . . . oh, that’s me, too . . .

If you’ve followed along, you know that the reason I do this thing I do here is mostly so that I can find my people, and the relief in uncovering so many fellow mystery lovers has been a palpable thing, made even more necessary by the events unfolding over the past eighteen months. (Figure that one out, future historians!) And sometimes, on especially joyous days, they find you. It happened on November 8, 2016, when I found a message on my blog:

“Hey Brad, we’re just discovering your blog today. As fellow Agatha Christie fanatics, we wanted to: 1) say hello; and 2) invite you to listen to our podcast, All About Agatha (on iTunes or Stitcher: you can click the link on our Twitter profile @allaboutthedame), in which we analyze/critique/adore every single Agatha Christie novel in order of (UK) publication. We even attempt to rank them. (All in good fun.) Hope you get a chance to check it out!”

That’s how I met Kemper and Catherine, and as virtual friendships/kinships go, ours unfolded brilliantly. I have, of course, become a devoted listener to All About Agatha; for six years, it has accompanied me on my morning walks. (I must look a sight to the neighbors, laughing out loud and/or muttering in benign disagreement as I briskly stroll around the Shores!) What became quickly apparent was that Catherine and Kemper were intense Christie fans- that, like me, they’re not afraid to devote insane amounts of time to a seemingly picayune detail, and that they had a great deal of affection for each other and fun doing what they do together.

When podcasters invite listeners to write back, I usually take them up on it. That’s how I grew closer to the All About Agatha team, especially Kemper, who covers e-mails while Catherine tackled social media. (To say that Kemper’s detailed and funny responses to my DC-fanboy type letters gave me a much-needed lift time and again over the past eighteen months ranks as the understatement of the year.) I just joined Twitter (@ahsweetmystery), and my deepest regret about that decision is that I didn’t figure it out sooner. Then I might have had more of a chance to talk with Catherine, too.

But Catherine has left us, suddenly and much too soon. She passed away a few days before Thanksgiving, and a lot of Christie fans are feeling bereft. We mourn for her family and for Kemper. We grieve at the loss of her distinctive voice and sardonic wit. She had a piercing intelligence regarding the subjects that she held dear, and I do believe she would have made herself heard on a variety of things once she and Kemper closed the book on the Christie canon.

As Kemper himself said to us all in an announcement that I’m sure tore him up to make, those of us who loved and appreciated what they did together have 200 episodes to go back through and enjoy, at least when things don’t hurt quite so much. (Those of us who became members of All About Agatha’s Patreon group have the pleasure of listening to talks about Christie’s plays, Christie wannabes like P.D. James and the love the pair shared for all things Rebecca.) There are interviews with authors, experts, and deep lovers of Christie, like Mark Aldridge, Sophie Hannah, and Christie’s own grandson, where you can hear the awe of a fangirl in Catherine’s (yes, and Kemper’s) voices as they trade ideas and opinions and ask the questions we all wish we could ask.

I haven’t always agreed with the pair, especially as regards the rankings that ended each episode (too much hate for Death Comes as the End, not enough points for The Moving Finger), and judging by a few sardonic comments from the hosts, listeners were quick to point out when they made a mistake (not that they made hundreds and thousands of them!) But Kemper and Catherine were embraced by scholars and fans alike, including me. Each year they revisited their rankings and often made some much-approved corrections. I mean, the task of actually ranking sixty-six novels is so daunting I don’t envy them, particularly when I think about how hard folks must come down on them for even the most minor difference of opinion.

The issues where Catherine and Kemper disagreed with each other were exceedingly important! How often they challenged their listeners to take sides! I’m with Catherine regarding Lord Edgware Dies. (It doesn’t help that the obfuscation escaped me here. It all seemed so obvious.) On the issue of Poirot vs. Marple, I remain neutral, except to say that while I think Hercule Poirot’s cases are better plotted and clued, one wants more to spend time with Aunt Jane and delve into her more intuitive way of plotting. Catherine’s Dark Marple theories were . . . . interesting, and I would have liked to explore them further with her and share our disdain for the concept of a “young Miss Marple” TV series. (I heard it was to be set in the Wild West.) I appreciated her sensitivity to issues of gender when it came to the “stuck in its time” analysis of each book’s rankings. And in the all-out war that occurred between the pair regarding Wuthering Heights vs. Jane Eyre, I sided with the WH-loving Catherine all the way. Sorry, Kemper: if I’m going to choose a bad boy, Heathcliff wins out over Mr. Rochester every time.

A while back – can it really have been two years ago? – I posted my ten favorite Christie titles, which I list here.

As of this moment, here are Catherine and Kemper’s top ten (with six books to go, I’m pretty certain that none of the rest, even Curtain, would crack the top ten):

With eight out of ten titles shared, you could argue either that our tastes were very similar or that there’s not much argument as to what constitutes Christie’s best. It’s interesting to me how, each in our own way, we have wrangled with the difference between historical context and personal favoritism. I’m certainly willing to concede that Endless Night is a more important title within the canon than After the Funeral; it’s just that the latter is a so much more enjoyable read to me – pure puzzle, great characters, containing both one of my favorite murderers and one of my favorite key clues – that I tend to ignore the the great accomplishment of Christie at that late stage of her career in coming up with Endless Night.

Catherine and Kemper wrestled with this, too, as evidenced by their conversation in the most recent “State of the Rankings” episode (Nov. 5) where they discussed their feelings about Murder on the Orient Express. With its one-of-a-kind solution and multiple film adaptations, all of which find new ways of presenting its key plot ideas and/or exploring its themes of justice vs. vengeance, MotOE has become one of the most famous Christie titles. Perhaps it gets bogged down too much in the middle: all those interviews and that sifting of red herrings. The latest film and the Ken Ludwig stage adaptation have even added a second attack on another passenger to “jazz things up.” But that book is important, while titles like Evil Under the Sun or Peril at End House are just . . . loved.

It’s not important that the duo and I disagreed about the ranking placement of these last two titles (or of many more in the middle and last sections of their nearly complete list.) What counts is the interplay between huge fans, between those who see some, admittedly in the scheme of things, minor cultural phenomenon and want to make a big deal of it. And, due to Catherine and Kemper’s generosity with their time, they gave us ample opportunity to deal with it together. It has been an incredible love affair over the work of a remarkable artist.

I know that, with what we all assume would have been Catherine’s blessing, Kemper will continue this lovely project to wherever it leads him and that we fans of All About Agatha will be right there beside him. If I were to be presumptuous, I would love to see Kemper talk about the last six books with some of the “friends of the podcast” that have made frequent visits and comments. I can imagine Jamie Bernthal-Hooker dropping by to discuss the queer aspects of Nemesis, Sophie Hannah explaining why she loves Sleeping Murder, and, of course, Mark Aldridge doing a deep dive with Kemper into Hercule Poirot’s final case.

Whatever happens, I will feel Catherine’s presence for a long time to come. We can imagine her in the kitchen, making dinner as Kemper launches into a long point. (She has been known to do that!) Or picking up her phone to play Best Fiends and flirt with Howie the Lizard. I don’t know if she ever got to Curtain, the one book left in the canon to which she owed a first read; frankly, I’m not sure if I wanted her to get there. I do know that I will hold her in my heart, her love of Christie and of literature, her quirky wit, and, above all, the appreciation and kindness she showed to her listeners.

We love you, Catherine, and we’ll miss you.

3 thoughts on “FOR CATHERINE” 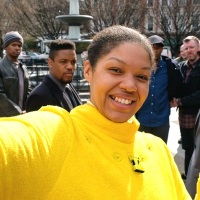 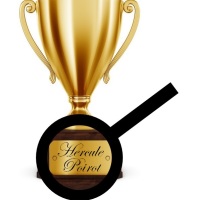 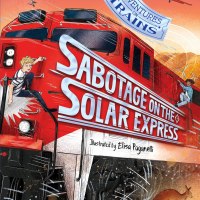 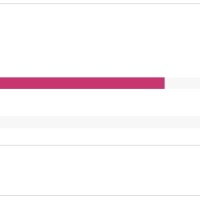 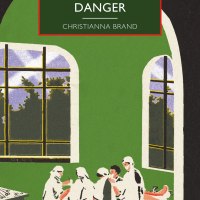 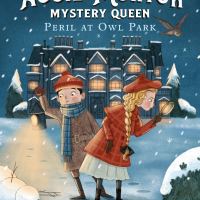 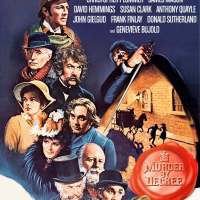