“What a terrible mistake I had made in starting with Hercule Poirot so old,” Agatha Christie states in her autobiography. (He is reputed to be around 62 at the start of The Mysterious Affair at Styles . . . in 1920.) “I ought to have abandoned him after the first three or four books, and begun again with someone much younger.” And so, in 1930, she created Miss Jane Marple . . . a 74-year-old spinster. What was the author thinking?

Like many Golden Age authors, Christie largely ignored issues of age in Poirot’s world. With the exception of Curtain, his final case, Poirot cuts pretty much the same figure throughout, maintaining the illusion of agelessness with a treatment of hair dye, his little gray cells remaining sharp to the end. True, in some of his later cases, the younger generation dismisses him as a relic, and those of his long time colleagues who have retired refer to themselves as “old men.” And the world around Poirot changes remarkably little: Christie struggles, with limited success, to paint a picture of disaffected youth in Third Girl, but Poirot pays little attention to the changes that time has wrought.

Not so Miss Marple. By 1962, the old lady should be well over a hundred, although the only real sign that she has aged significantly comes when Doctor Haydock (who has indeed become an old man) forbids her to do heavy gardening; she also has a greater propensity to drop a stitch. But Jane Marple remains a keen observer of the changes in village life and in England. Perhaps not being the egotist that Poirot was allows her to turn outward more, and she views the world around her not so much with the ache of nostalgia as with a keen interest and an acceptance that all things must pass. 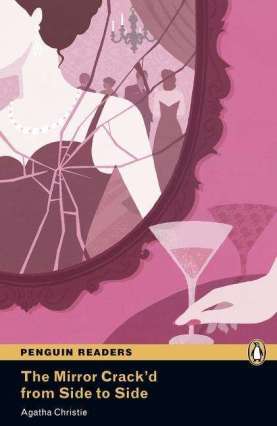 That is what makes the first three chapters of The Mirror Cracked from Side to Side, published in 1962, so fascinating. The book opens with Miss Marple at her window, viewing with deep regret the wreck that was once her garden. Her own infirmities have forced her to hire an ancient gardener, whose utilitarian philosophy has led to his trading flowers (“fancy stuff such as ladies liked to go in for”) for vegetables.

“One had to face the fact: St. Mary Mead was not the place it had been. . . You could blame the war (both the wars), or the younger generation, or women going out to work, or the atom bomb, or just the Government – what one really meant was the simple fact that one was growing old. Miss Marple, who was a very sensible old lady, knew that quite well. It was just that, in a queer way, she felt it more in St. Mary Mead, because it had been her home for so long.”

As one reads these opening chapters, it becomes clear that Christie has always focused more on continuity in the Miss Marple books than in her others. We learn the fate of characters that we met in earlier novels: Griselda Clement, the vicar’s wife in Murder at the Vicarage is still a good friend, but Miss Wetherby has passed on. So has Colonel Bantry, although his widow Dolly is as lively as ever: she has sold Gossington Hall, the site of The Body in the Library (which is referenced frequently) and travels around the world visiting her children.

Even more significant are the changes wrought in the village itself, once so picturesque, but now expanded to include a housing development for the rising middle class. Younger people ignore the high street shops in favor of the gleaming supermarket. Mrs. Jameson, local hairdresser, has repainted her sign to read, “DIANE. Hair Stylist.” The string of servants who once came from the local orphanage to be trained by Miss Marple have been replaced by a charming and competent young cleaning lady from The Development named Cherry Baker and a hideously chipper companion named Miss Knight. (Honestly, did Christie ever really view companions with much sympathy?)

The author sends Miss Marple on a walk through the new part of town “with the feeling of Columbus setting out to discover a new world,” and what she finds is outwardly attractive yet fills the old lady with a sense of unreality:

“The people, too, looked unreal. The trousered young women, the rather sinister-looking young men and boys, the exuberant bosoms of the fifteen-year-old girls. Miss Marple couldn’t help thinking that it all looked terribly depraved.”

And yet, looking deeper, she finds that people haven’t changed much at all. Spying a couple looking at a house for sale and observing the young man’s behavior when his fiancée falls, Miss Marple can’t resist warning her of his unsuitability as a husband. She sees in both these young people parallels to past villagers, a strategy she uses often in murder investigations. A few minutes later, when Miss Marple herself falls down and is rescued by a good Samaritan named Heather Badcock, she draws another parallel to Alison Wilde, a kindly woman, but a woman who “always saw her own point of view so clearly that she didn’t always see how things might appear to, or affect, other people.” This parallel will haunt Miss Marple as she gets drawn into another murder case, this one involving a glamorous movie star named Marina Gregg who has just bought Gossington Hall.

Murder occurs in a scene that provides the ultimate clash between these worlds, between the old village life of vicars and farmers and the spruce new life of the Development dwellers, and between down to earth villagers and the larger than life Hollywood set. A cocktail is poisoned, a woman dies, and the commentary on changing society fades as focus shifts to a traditional murder investigation. Chief-Inspector Dermot Craddock reappears and immediately turns to Miss Marple for assistance. While Craddock conducts official interviews, the old lady does some research. There’s a funny little scene where Miss Marple visits “DIANE. Hair Stylist” to borrow a stack of old movie magazines; she knows the power of gossip in all its forms, and she uses her good sense to pick out the truth from amidst all the nonsense that is written about movie stars and their ilk.

Actors have, you should pardon the expression, taken center stage in several Christie novels, most notably in Lord Edgeware Dies (1933) and Murder in Three Acts (1934). Unlike Jane Wilkinson and Sir Charles Cartwright, Marina Gregg is a movie star, and Christie, often unjustly criticized for shallow characterization, does a fine job here of painting a picture of a fading actress of once great stature:

“She had brought personality to her pictures rather than mere sex. The sudden turn of her head, the opening of the deep lovely eyes, the faint quiver of her mouth, all these were what brought to one suddenly that feeling of breathtaking loveliness that comes not from regularity of feature but from some sudden magic of the flesh that catches the onlooker unawares.”

Despite great success on screen, happiness eludes Marina: five marriages, a disastrous attempt at motherhood, the unctuous adoration of fans and the jealousy of colleagues, all have brought her to a state where another nervous breakdown is always around the corner. In the three English language film adaptations of the novel, Marina has been played by Elizabeth Taylor, Claire Bloom and Lindsay Duncan. The Taylor version has its problems, particularly with tone, and with the fact that Angela Lansbury, so marvelous an actress, actually feels miscast as Miss Marple. But Taylor is the right sort to play Marina Gregg, as both carry similar glamour, vulnerability and baggage. Bloom and Crouse, fine actresses both, can play the weight of the role but seem less possessed of the qualities that make a movie star. 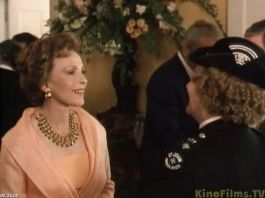 Christie, who was notoriously shy herself around interviewers and fans, comments on the sense that actors must always be “on” since people are forever watching them and wanting things from them, even if it’s only a moment of personal recognition. This even becomes a point of contention in the murder investigation as Craddock argues whether or not a famous person would have the opportunity to slip poison in a glass unnoticed.

A few of Christie’s standard mystery ideas are revisited here, such as the question of who the intended victim actually was and – one of my favorites – the “significant look” of a character over somebody’s shoulder. (The use of that here is particularly rich.) Perhaps the only real error Christie makes in this plot is in the area of the second murder: there is one murder too many here, especially with so small a cast. All the adaptations cut the third killing, with no sense of loss incurred.

In the next two novels featuring Miss Marple, she will take on a new persona, that of “Nemesis.” It is a weighty mantle for someone reaching the end of a long life to bear, although the old lady is well-suited to it, and the classic brings with it a sense of the ages. Indeed, the novel Nemesis feels much more like an ending for Miss Marple than the book that follows, (Sleeping Murder, the one Christie intended as Miss Marple’s swan song. ) In The Mirror Crack’d, despite the sense of the world changing around her, there is still a lightness of spirit around the sleuth. Her doctor prescribes a murder investigation as just the tonic Miss Marple needs to get out of her doldrums. It’s a funny moment that juxtaposes nicely with the sense of doom that settles over the mystery she solves.

The title of the book comes from an 1832 poem by Tennyson called The Lady of Shalott. Mrs. Bantry remarks that “people don’t read much Tennyson nowadays,” but the imagery calls to mind things she witnessed before the murder and helps Miss Marple solve the case. Reading over the poem, I found a verse that makes me think of the tapestries of mystery Christie wove throughout her career and which she succeeds at again in this novel:

“But in her web she still delights

To weave the mirror’s magic sights,

For often thro’ the silent nights

A funeral, with plumes and lights

And music, came from Camelot.”

6 thoughts on “THE MIRROR CRACK’D FROM SIDE TO SIDE”