Whenever Rich over at Past Offenses – – announces his monthly exploration into the mystery fiction and films of a specific year, I always check the writers who most intrigue me to see what I can review. This month, the year is 1945, and one of my favorite recent finds, Helen McCloy, penned a mystery that year which I had not read before. After my recent great enjoyment of Alias Basil Willing which I discussed last month with my friend Kate at Cross Examining Crime, I looked forward to diving into another case for psychiatrist Basil Willing – The One That Got Away.

Whether they are set in New York, its suburbs or in a New England town, most of McCloy’s novels are populated with sophisticated folk, many of them jaded by wealth or suffused with monstrous egos that set off catastrophic events culminating in murder. Alias takes place largely amongst the city’s upper set, at dinner parties and country clubs, where glittering fashion masks the sordid truth about various relationships and where, even in 1951, the damage wrought on society by World War II is still at work.

The One That Got Away also deals with the aftermath of war, but in most other respects it departs from McCloy’s typical milieu. This novel takes place in the Scotland Highlands and is packed with rich descriptions of the land, its people and its history:

“Like a silver ribbon, a river twisted through a checkerboard of fields in every shade of green. City and river and coastal plain were all diminished by the great rampart of mountains beyond – wave upon wave of plum-red fading to plum-blue where they climbed to meet a lilac sky. This was the natural fortress that had spilled rebels and raiders into the lush Lowlands for so many generations.”

Although the book is labeled a Basil Willing case, Willing himself plays a relatively minor part in it, acting as a sort of deus ex machina. Here in his capacity as an American Army captain, he has dispatched one of his subordinates, Lieutenant Peter Dunbar, who happens to be a fellow psychiatrist who specialized in troubled children , on a secret mission to locate an escaped Nazi prisoner. Dunbar ingratiates himself with the local chief constable, Lord Ness, and his tenants, the Stockton family, in order to suss out the identity and whereabouts of this dangerous man.

Eric Stockton is one of those noted authors who in modern times would win the Booker Prize yet constantly struggles for readership. The tension with his wife, Alice, is palpable, since she is a writer in the Danielle Steel line, and her torrid romances are essentially money-making crap. Having lost both their sons in the war, the Stocktons have taken in two relatives, a lovely niece named Alice, and their troubled young nephew Johnny, whose entire family was recently wiped out in an air raid. The Stocktons have adopted Johnny in hopes of giving him a loving home and replacing the sons they’ve lost, but Johnny is having none of it. For some reason, he keeps trying to run away, and Peter Dunbar, investigating the situation, is certain that Johnny is afraid of something – or someone – in his immediate circle. Could it be one of his relations, a servant, or his cynically charming French tutor Maurice? What about the nasty stranger living in the isolated cottage by the lake who turns out to be Hugo Blaine, a Nazi sympathizer? And what does this have to do, if anything, with Dunbar’s assignment to locate the escaped Nazi?

Before the book ends, there will be two murders. One victim expires after muttering a puzzling dying message, and the second expires in a locked house with no way in or out. And before Dunbar, whose passion for right and wrong and powers of observation evidently do not extend to detection, can despair for long, Basil Willing shows up to solve the case.

One of the fun aspects of the e-book I purchased through The Murder Room is that it seems to have been scanned off an old Dell Mapback edition. While there are no illustrations here, the start of the novel includes descriptions of “Persons This Book is About” and the standard list of items and questions that Dell always included to whet readers’ appetites (“Wouldn’t you like to know . . . what sinister discovery Dunbar stumbled across in that hot, black pit of evil?”) I might recommend checking this out after you finish the novel since it gives away a little too much about the mystery.

There are some interesting things in this novel that might make a Helen McCloy fan consider reading this – the atmospheric setting, some interesting stabs at philosophy – yet I wonder if it would be gripping reading for those of you with teetering TBR piles by your bedside. The central mystery – why does Johnny keep running away? – is simply not rich enough to sustain much interest. For the first half of the novel, Johnny . . . just keeps running away, and the rest of the cast . . . just keeps wondering why.The first body isn’t discovered until the end of Chapter Nine of an eleven-chapter novel (although the final two chapters do comprise 40% of the novel’s length.) The first victim’s dying message turns out to be rather clever in the end, but the locked room aspects of the second murder end up being more or less a cheat.

Rare for McCloy is the relative flatness of most of the characters. The two victims are easily the most lively and interesting, along with the County Constable’s daughter Margaret, the only female with some life to her and, unfortunately, a relatively minor character. Dunbar, the narrator, is never fully realized as a person. I assume that McCloy gave him these duties in order that he could become romantically linked with the niece – I’m not sure if Basil has even met his future wife at this early stage – but that romance is barely developed, and by the end, when Willing takes over, Dunbar is reduced to a Watson figure whose only function seems to be to have things explained to him. His most interesting purpose is to engage in philosophical discussions with the despicable Blaine over the Third Reich’s childrearing methods and with other characters over the ability, or lack thereof, of a writer to separate himself from the ugly things he writes. Yet even these discussions, while interesting, tend to go on too long and stop the plot cold.

Then we come to the solution, and here I might suggest that readers sensitive to spoilers might want to skip to the next paragraph. I spotted the villain almost immediately, and I thought McCloy fairly screamed out the killer’s name throughout, but the other characters refused to consider this possibility until the murderer conveniently confessed. It might have been considered a fairly shocking denouement at the time, but then I’m not sure how truly naïve American readers back then. Having been raised on Christie, Queen and the like and having few illusions about the nature of WWII, I had no trouble seeing through whatever very minor subterfuge was laid out straight to the truth.

So there you have it, a minor effort (in my opinion) by a writer I have grown to admire with each novel I read. I hope somebody will pick this one up so that we may discuss it. One of the hardest things a blogger of old mysteries faces is the lack of companions to converse with. If anyone out there happens to read this, let me know what you thought!

2 thoughts on “MURDER ON THE MOORS: Helen McCloy’s The One That Got Away” 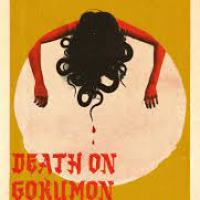 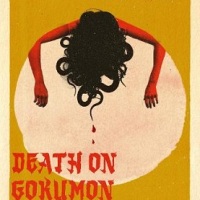